Why Facebook Went Down and Can It Happen to Other Websites? 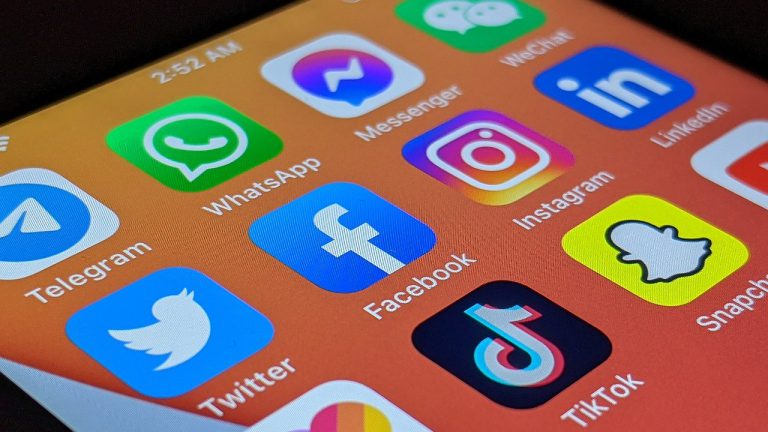 During Monday, 4th of October, afternoon users around the world reported that Facebook, Instagram, WhatsApp, and Messenger were down. In the UK, Downdetector shows that more than 400,000 users reported issues to connect on Facebook alone. However, it is estimated that the impact was much bigger affecting most of its 7.5 billion users across the platform.

Users claim that the issue started around 4pm and it lasted for more than 6 hours, with users claiming not having access to the platforms until the next day. The issue was not the same to all users, some reported no access to Facebook while others reported certain features or posts not loading.

It was specially worrying for users whose businesses depend on Facebook and its other platforms.

Some business owners shared their experiences with Mashable, one of them report not noticing the issues until their sales went down and feeling “really annoyed” and that they were not worried but they also expressed not wanting it to happen again. They also shared the impact on their sales “my sales were one-fourth of what they normally are yesterday due to the outage.”

Mark Zuckerberg, Facebook’s Founder and CEO, apologised via a post on the platform saying “Facebook, Instagram, WhatsApp and Messenger are coming back online now. Sorry for the disruption today — I know how much you rely on our services to stay connected with the people you care about.” Instagram’s CEO, Adam Mosseri, also apologised on the platform saying “Apologies for the outage today, this wasn’t how we wanted to start the week. Instagram should be slowly coming back online now…” 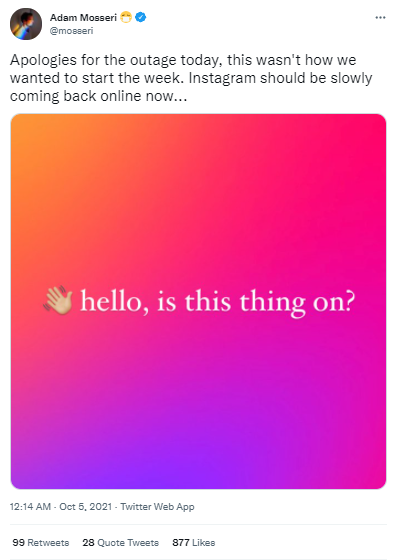 Small business were not the only ones to lose with the outage. Experts estimated that Facebook lost $7 billion. It also contributed to Facebook stocks disvaluing by around 5%.

Facebook claims it was an internal problem when configuring their critical routers. It was best explained on a tweet made by Jonathan Zittrain, Director of Harvard’s Berkman Klein Centre for Internet & Society, which he said, “Facebook basically locked its keys in its car.”

The simple technical explanation to what happened to Facebook, and the other services, is that the router configuration changed the path of network traffic within their data centres communication. This affected the way devices reach the website and the way the platform stores data in servers. Meaning some users had no access to the platform, and others could not post as servers that normally store the posts were out of reach.

However, to everyone’s relief Facebook update affirmed our data was not at risk “We also have no evidence that user data was compromised as a result of this downtime.”

Facebook claimed that this was a faulty configuration, and we have no reason not to believe them, but the same ‘faulty configuration’ is often how law enforcement takes down illegal sites or hackers take out their target websites.

Small businesses are also at risk of having problems like these with the disadvantage of not having billions of eyes to spot when their website is down. However, they can have a 24/7 tool to monitor their domain, services such as Cyber Alarm will monitor their web page, make sure they are warned when it is down, and give guidance on how to solve issues if they ever have any.